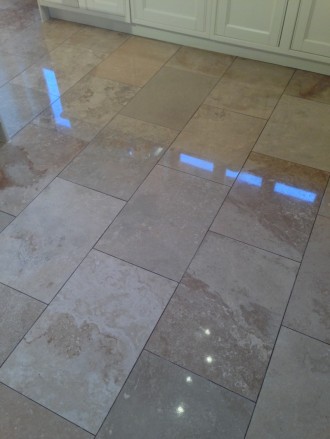 Limestone is the most commonly used of all the natural stones. Like marble it is used as aggregate, many formats of floor and wall tile right up to the facades for skyscrapers. Limestone is a sedimentary rock which is made up largely of calcite and aragonite which are different crystal forms of calcium

carbonate. Limestone often contains amounts of silica in the form of chert or skeletal fragments and varying amounts of clay, silt and sand. Though travertine is classed as a varied limestone it differs from limestone because it is made by chemical precipitation of calcite or aragonite, it is also usually found near waterfalls and hot and cold springs. Limestones also often vary in colour this is due to the impurities such as clay, sand, organic remains, iron oxide ( gives the stone it warm look ) and other materials.

Limestone is fairly straight forward to grind and polish. You need only take it up to 400 grit and then powder polish to get a good finish. Travertine is much the same though you do have to watch pin holes appearing due to the stones make up. Usually travertine is honed and filled in the factory as is limestone. Travertine is different in that it has voids throughout the stone which the factory fill , but normally just on the finish face. When travertine is installed it should be back buttered by the tiler to fill the voids if not the stone is prone to weak spots. Often we are asked to re grind travertine floors and to re grout them. If the travertine is un filled then there are voids on the finish surface as well and these become annoying areas to clean. We would normally remove all the old grout from the floor and then re grout it by flooding the floor, leave it 24hrs and then grind the floor removing all the excess grout and leaving all the holes filled along with the grout lines. The floor can then be brought up to what ever finish the client requires and is also much easier to maintain.

Travertine floor ground and polished with the lippage removed. 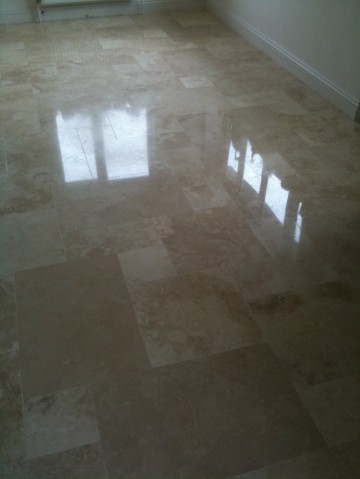 Limestone floor at JP Morgan being ground and polished. 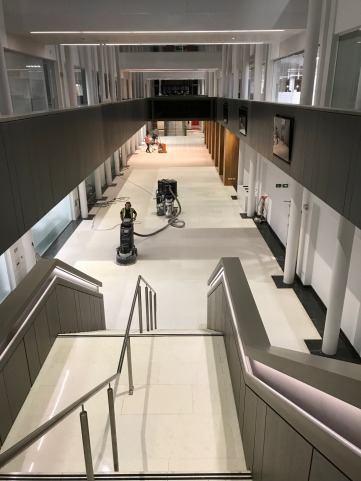 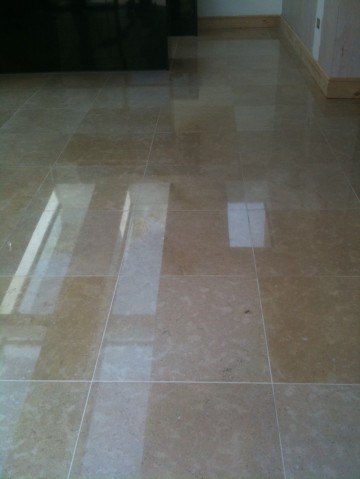 Travertine floor with all the lippage removed. 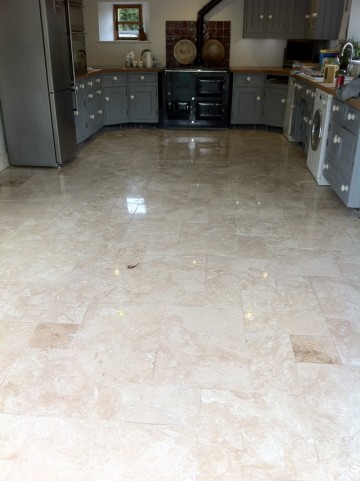 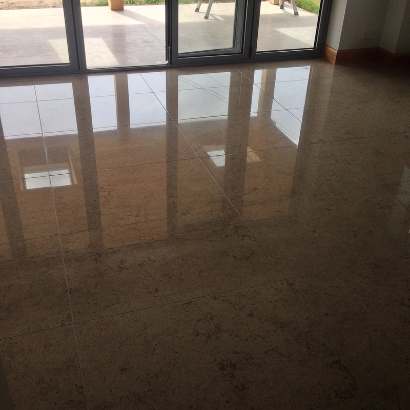 Limestone floor reground due to heavy staining and water damage. 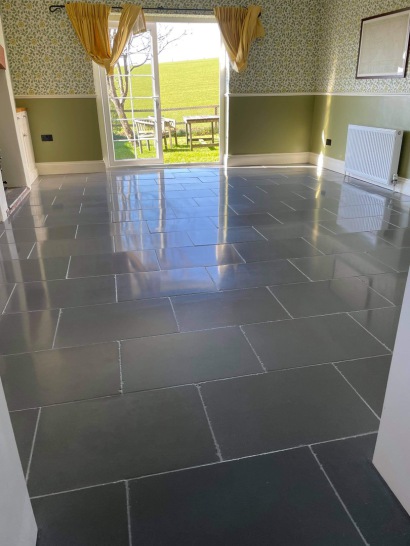 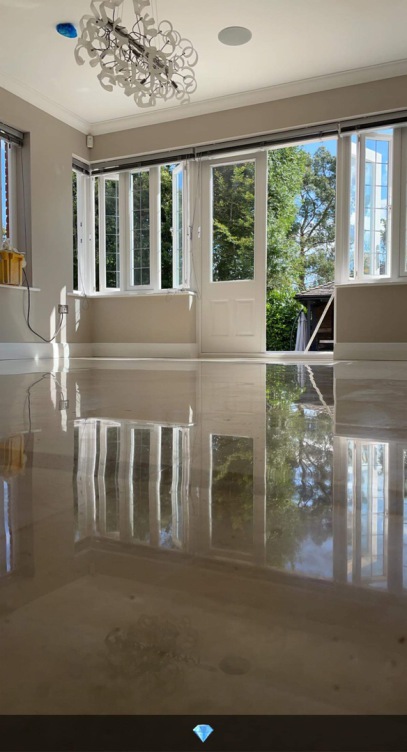 Travertine floor in Wimborne ground and polished and holes filled.

( Please try the mobile number first as we are normally on site, thankyou )